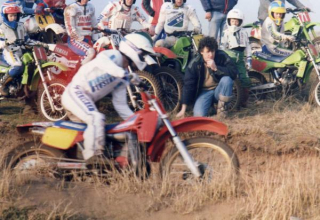 Excuse me a moment, while I thank the members of Salop MC for their unwavering help and support. Hawkstone Park sandy circuit was the perfect place for teaching and the club supported me above and beyond anything I could have asked for. Their help and backing was instrumental in making the training camps extremely successful.

So I thank them for their faith, trust and the use of a historic racing circuit.

Back in the early days, it was ‘Train with Wade’ and my simple vision was to put something back into the sport. To say the first camps went well, would be an understatement.

I think we did four or five camps in the first couple of years, then the word go out and it took off. 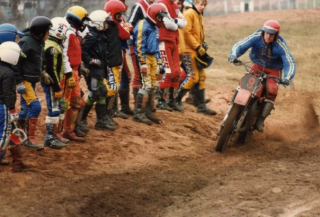 At that time we change the name to The British Motocross Training School. My thinking here was, as time passed and other prominent rides came to the forefront, we could hopefully bring these guys in, to continue the teaching process.

‘Train with Wade’ seemed a short-lived concept, in my mind, BMRS could continue to grow and evolve. Other people could take over and move it forward, but the underlying thing for me was…… The guys coming up through the racing ranks would have the best possible chance to improve and grow. Simplistically….. As the top riders came to the end of their racing careers, they could pass on their accumulated knowledge to the younger riders coming up, through the evolving BMRS. 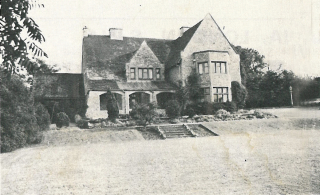 We ran several week-long camps based at my home near Stroud.  Were we did accommodation the whole nine yards.  These camps were great because we only took 10 riders so the improvement we got was very noticeable.

Thinking back about the idea’s on how the teaching should be done to get the best results from those that came to the schools, probably grew out of my failings.

The guy next to you on the start line isn’t going to tell you why he can get off the line quicker than everybody else.  Or why he’s the fastest downhill.  Common sense tells you if he did, you just might end up beating him.

A long time ago as a very young rider, I asked one of the top riders of the day that very question.  “How do you come downhill so fast?”

The response was to the point.  “Piss off, find out for yourself.”  I think he may have been having a bad day. 😉

But you see my point?

You have to find out by trial and error like everyone else.  But what if someone who’d been moderately successful was able to pass on his experiences and knowledge to the guy’s coming up through the racing ranks.

Would these riders attain a higher level racing success?

🙂  Mind you, we did put you guy’s through the ringer a little.

Of course its good for you.  Don’t think just Do what Jim says.!!! 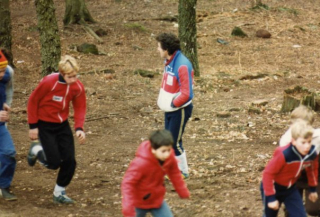 I’m not going to bore you with the thought process that I went through, to figure out how to undo the racing techniques and gameplay, then how to explain it in a way that would allow riders a glimpse of what they could achieve.

In a nutshell, part of my mindset was this.

“When in doubt, keep it flat out.” ( wow that phrase rings a bell) 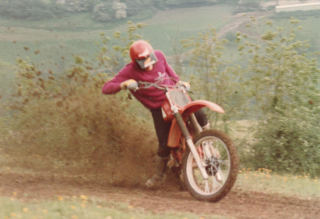 Sorry… I’m trying leading you astray…….. Anyway, I found that when teaching, if you led the rider by the hand. Yes, they would accomplish the set task, but more than likely you would then have to do the same on the next task also.

My thought process worked this way.

By breaking the task exercise down into its elements, then leading the student only 75% of the way, is a vital part of getting the rider to think outside the box. Because by adjusting their technique and giving encouragement, you helped them to figure out the last 25% themselves….. It’s that simple, it’s not easy but its that simple. 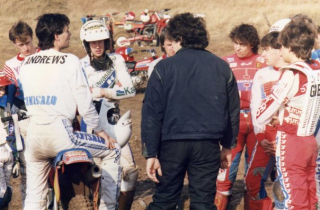 When this happens not only do you get a very big smile, which is great.  You now have a racing brain that has basically worked out part of the task on its own, so the new knowledge sicks fast.  Also, the student is now starting to think outside the box, and suddenly becomes much more aware.

That was one of the biggest eye opener’s for me.  ‘Most riders were not aware of some of the most basic fundamentals of Racing.’

There is more to racing than going as fast as you can. Remember one of the phrases from the camps. ( be aware of what’s going on around you)       Ha!! I lost count of the number of times I shouted that…. 😉  among other pointed remarks.

But I have to say…… You guys gave me so much enjoyment… Headaches Yes…. but some great times that I truly treasure…… Thank You, to all of You……… I hope we made a difference when you went into battle.

It would be easy to say that those in power didn’t seem to think along the lines of future champions and UK success. With hindsight, I should have had the strength to drive the school idea forward and push people into agreeing. The concept was fantastic, we could have expanded and given support to future riders at all levels and not only riding skills. 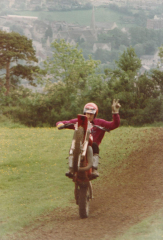 Cool then Wadie, but now they do double somersaults 😉  with no hands.

If reconfigured Today, the concept could well be accepted as a natural step, for up and coming riders.  All Sports have moved forward a long way, this may be due to TV and big advertising money. But as with a lot of other sports, most participants can receive coaching and advice.

As motocross riders, we seem to be left a little wanting.

But what do you think?

What would have made you a more successful rider?

Sadly I only have a few training school photo’s at the moment.

This site uses Akismet to reduce spam. Learn how your comment data is processed.